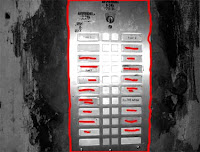 I can remember the night of my first visit to Vienna, when I walked down the streets of this city that I did not know yet, barefoot.
This absurdity arose from the fact that my new shoes, which I had bought for the invitation I had received and attended, hurt my feet terribly and the only possible relief was to take them off.
It was in July 2003. It was hot.
The pavement reflected the heat it had accumulated throughout the day and managed to burn the soles of my feet on top of everything else.
On this important night I was accompanied by a man for whom the passion that I felt and was to feel for the next three years makes me feel this same burning sensation even today.
That night in July 2003, I fell in love with the city at the same time as I fell in love with this man.
This consuming passion slowly made me dependent on this city which contained this man in its bosom.
Every street, every façade made me think of him.
His eyes, had they looked at this building? His feet, had they treaded down this path, this sidewalk, this entry?
I wanted to dissolve into this city so that he would look at me, touch me.
This desire to be an integral part of the city was most intense whenever I was in his street, which was frequently the case.

At night the soft electric motor of the blue and yellow neon lights of a store, at the beginning of the street, became a remarkable benchmark, like the door to a city that is reduced to itself and that is sufficient in and for itself.
A city reduced to its essentials, my essentials. Its intense humming sound seemed hostile, whereas the swirl of water when arriving at the mouth of the sewage system, seemed to calm me. Light startled me here, shit attracted me.
Anxiously I arrived at number 52.
The door to the apartment building that opened for me so graciously when I was invited has suddenly and too often become hostile. All the same the door had its favourites, those that possessed these keys that I did not have. The door jeered at me this time, once again and closed itself in front of me.
Click.
If I didn’t get to know the neighbours themselves, than I at least got to know their habits. Second floor, third window, there was always light burning even very late at night. First floor, first window, an old curtain sometimes let me have a glimpse of a light turned yellow with time. An old woman lived there.
She closed her window very early in the evening after having quickly glanced down at the street, and having recognized me. Then she pulled her curtains shut and the light slowly died out.
What must she think of me? Maybe she had also been madly in love with a man once. Maybe she understood. Maybe she did not.

By studying and examining the building in all of its details, I wound up integrating it into my life and into myself.
It became a part of me, like the street that received it. Like the city that calms me when I am satisfied with my observations, but exhausted, the city strengthens and cheers me up on my way back with its calmness, its lights and its wide streets that seem to belong to me.
My observations, which I made daily, had reached the peak of my delirium, forced me to change myself into a hunter and the neighbours started having their justified doubts about my presence in their street….
A street has to flow. No urban furniture, no bench, no bus stop came to my rescue.
I did not have an alibi.
Not even the benefit of the doubt.
I had become a suspect, hence bothersome and a disturbance.
This street had become my street, a kind of extension of my personal space within a public space. The edge of the shop-window, of a shopkeeper for dentists’ utensils, had become my office and quite often I took out my computer and started working. But the neighbourhood had not integrated such concepts. I would therefore have to use stratagems, one more ridiculous than the other, so that I would once again be permitted to be in this part of the city.