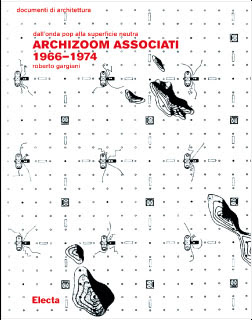 It is a succession of unfortunate political coincidences that gave rise to the exhibition Archizoom Associati 1966-1974. From the pop wave to the neutral surface, at the Polytechnic School of Lausanne (EPFL).

First: The book.
This publication of 336 pages is an important historical research and critic about the theories and productions from the utopian Italian group containing a lot of remarkable archives such as plans and photos.

Second: The restructuring of the teaching group in charge of the exhibitions and lecture, due to the retirement of its curator.
The program of exhibitions and conferences in the architectural department has always been pertinent, successfully combining a didactic approach for the students as well as contemporary reflections about architecture that concerned professionals too.
Although the exhibitions could have seemed modest in their presentation, this discretion matched quite well to the teaching of a rationalist less is more architecture.

Third: The international influence
The direction of the EPFL has been over the years punctuated by a fashion and cronyism politic; An architecture competition for the future “EPFL Rolex (!) Learning Centre” has been organised in 2004, inviting all the top people in architecture - Jean Nouvel, Herzog & de Meuron, Rem Koolhaas, Zaha Hadid, Kazuyo Sejima - to name only them.
This competition (won by Sanaa architects) has been an ideal opportunity to pump up the teaching body; In 2005, the department of architecture was proud to name Harry Gugger – a partner of Herzog & de Meuron- head of the Laboratory of the Architectural Production.
He teaches as well the project of architecture to the 4th year graduate students.

Whereas a good architect is not necessarily a good teacher, he could also be a bad curator.
From May 2007 Harry Gugger is also in charge of the program of the architecture exhibitions in the EPFL.; He says that the group set up a new global politic for the manifestation.
So, this new global politic begins with a new identity – a new name:

And what about Archizoom?

The justification of this appropriation is argued by Harry Gugger in this way:
(talking about Archizoom – the Italian group - )
“ The effort of ceaseless metamorphosis, the meaning facets, the notion of spectacle” are representative of the character that the team of co-workers intends in his turn to develop. It is not by coincidence that the new group (!) appropriated the name of the architects for its space of activities….

The engine starts up.
The concrete walls of the exhibition space are painted pink. A fake green grass covers the floor.
The original plans of the Archizoom projects are framed and hung on the pink walls while the textile production lie in showcases that are rationally arranged all over the grass.
Here and there some furniture of the group; the spectator is kindly asked to participate…by sitting on the sofas.
And because the relation between art and architecture is necessary, one of the lectures related to the exhibition will be given in the IKEA room (the official name of the lecture’s room) of the University of Art and Design of Lausanne.

Although the exhibition claims to promise a critical view of Archizoom Associati, this “show” is a poor literal translation of a book and the spectacle was not even entertaining. It is just the reflection of a “glitter and champagne” politic of a school that seems to forget its responsibilities toward the future architects it is producing.